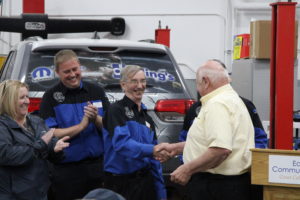 Eastern Maine Community College’s Automotive Program is proud to announce that on Thursday, November 7th at 1:00 pm in the Penobscot Hall garage, they will be accepting three very generous donations.

The first of these donations is a 2008 Subaru Impreza Sport by Mark Politte of Stanley Subaru, in support of the new Subaru U program. Subaru has partnered with EMCC to provide dealer level training for students while attending the EMCC Automotive program. This means students can graduate with an extra credential of value specializing in this particular make of vehicle.

The second donation is a scholarship from Quirk Subaru that will support a student at EMCC in completing the Subaru U program. Jack Quirk and Jim Quirk will be on hand to offer their remarks and officially announce the scholarship.

Lastly, the Maine Auto Dealers Association will be presenting a check that will be used to support the startup of the Subaru U program. Everything from the faculty training and tools needed to teach the Subaru technicians of tomorrow.

The implementation of the Subaru U program at EMCC will provide a choice for Automotive students to choose from two different manufacturers to see which career path they would like to fast track.

John Benson, a service technician in Bangor, used to work in the Millinocket Paper Mill until it closed in 2008.

“I was able to go to EMCC through a government-sponsored program and I earned my two-year degree there in the automotive program,” said Benson.

At 51 years of age, Benson started his automotive career with an internship at Quirk Subaru in Bangor. Two years later, he became full time at the dealership as a service technician.

Hank Gutting is one of Benson’s work colleagues, and he also graduated from the two-year automotive program at EMCC.

“They showed me the values of hard work, which then I went to Eastern Maine and they showed me how to put my hard work into a practical job,” said Gutting.

Mark Nevells is the service manager at Quirk Subaru.

“One of the first things we look at.. is somebody that understands good work ethic, you got to be here on time, you got to be willing to stay late, you got to be able to do what needs to be done to take care of all our customer needs,” said Nevells.

Automotive careers are considered a high paying job type for students graduating out of the two-year program.

“You are going to be making a better wage and probably have a lot of benefits than a lot of other four year degrees that get into entry-level positions,” said Jim Harris from Subaru New England. 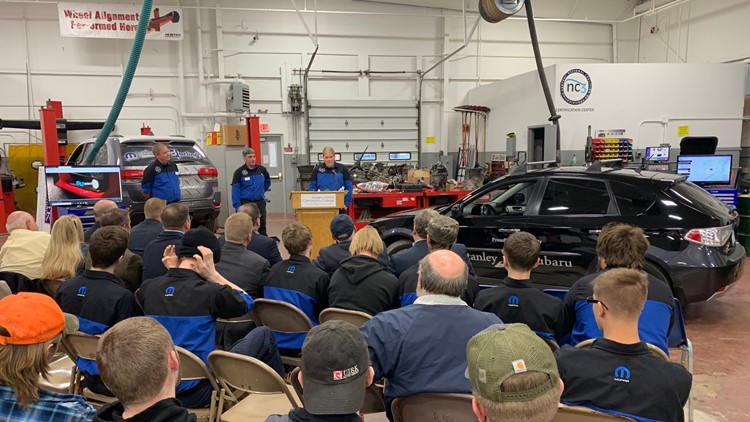